Luca's Legacy - A Thank you from Freedom Angels Romania 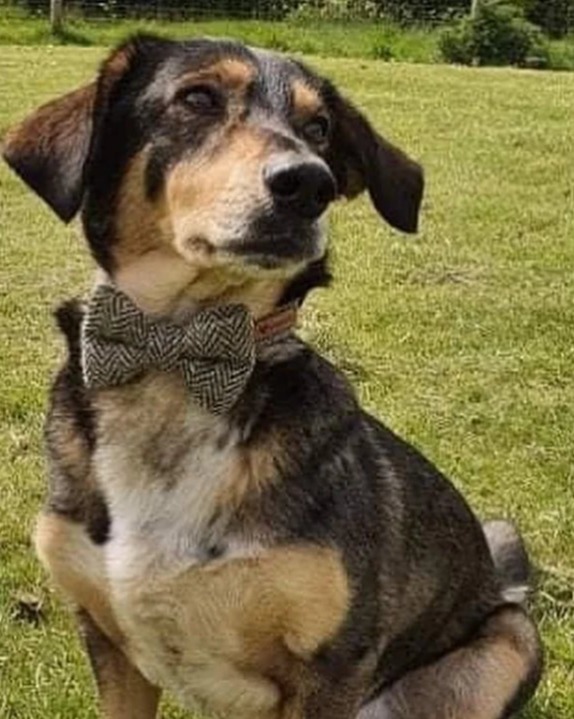 Freedom Angels Romania would like to say Thank you, to Anna Mac who has not only rescued two dogs from Romania, but also turned a personal tradegy into a journey of Fundraising that has seen the charity benefit from a donation of nearly £4000. Here is a piece written by Anna about the journey that began with the adoption of Luca (pictured left).

In 2015 we adopted Luca, a beautiful Romanian rescue and after 3 and half years of love and adventures with him we tragically lost him under anaesthetic. He had been hiding a significant injury he sustained as a puppy so well and for so long. The surgeon could not believe he was alive let alone living happily. He was our miracle.

Luca (aka Professor Lucas McWaggins) had a huge following on Instagram who rallied around us when we lost him and more than anything wanted to ensure he and his story was never forgotten. A friend created a GoFundMe page for Lucas Legacy and initially donations were made to the 2 rescues involved with Luca but then Brody came along... Brody is a Freedom Angels Romania dog and has helped us heal so much.

In March this year people and pups across the world, from Australia to Canada, America to Finland, took part in #MarchforMcWaggs (a sponsored walk that equated to the distance travelled by Luca from Romania to his new home in England) and raised over 3,000 for Freedom Angels Romania.

In November though Brody wanted to get his name in on the fundraising and created Brodys Bids, an online (Instagram) auction. Initially we thought we might have 10 items and make a few pounds and split it between Lucas rescue and FAR. The response from our Instagram community however, once again, blew us away with over 45 items worth hundreds and hundreds of pounds being donated for auction. From original artwork, hand knitted dogs, cookies, dog bathrobes to an Amazon Fire HD, personalised treat jars and handmade patchwork quilt. Brodys Bids raised 2,284.72 and because we had so much support worldwide we asked people who donated to vote for other dog rescue charities they wanted to benefit. So alongside the UK/Romanian charities (FAR, Paws2Rescue and Amicii) Animal Defense League Texas also received some of the funds. The love people had for Luca was worldwide so his legacy should be too.

In April 2022 the 2nd March for McWaggs will be taking place  if you want get involved please head to Instagram and follow @ClanMcWaggins or the #MarchforMcWaggs. Any number of miles can be pledged to walk within the month of April (March was a bit too chilly for those in Canada and Finland last year) no amount of miles are too small, its all about getting people to donate to Lucas Legacy so more dogs can be saved from the misery of abuse, neglect and life on the streets.


Thank You Izzy and Sarah, and the people of Cassington
Happy Gotcha Day Neo!
A little bit of Goose at Christmas?
Results of Christmas Raffle